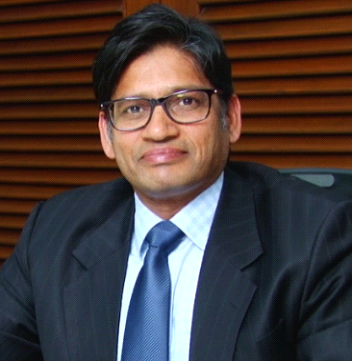 Mr. Vijai Mantri is the Co-Founder, Chief Investment Strategist and the Mentor for JRL MONEY, a very well integrated FinTech/Robo Advisory – online B2B business platform - one of its kind in India. He is also a rank-holding Chartered Accountant and AMP from the Indian School of Business (in collaboration with Kellogg and Wharton Business School). He started his career in 1993 with Aditya Birla Group and worked in various verticals including NBFC, distribution and mutual funds, among others. In 2000, he joined HDFC Mutual Fund as a part of the core start-up team and worked for close to 7 years. He was involved in sales/marketing/product development and distribution part of the business. In 2006, he joined as the CEO & Managing Director of Deutsche Mutual Fund, the Asset Management arm of Deutsche Bank and was also part of the Executive Council of India business of Deutsche Bank. Later in 2008, he was appointed as the CEO and Managing Director of Pramerica Mutual Fund, a wholly-owned subsidiary of Prudential Financial Inc. of USA, with a global AUM of more than 1 trillion USD. In his last assignment, he has successfully co-founded and ran a FinTech company called Buckfast. Overall, he has 25 years of experience in Mutual Fund and Capital Markets. He has rich experience of creating and building businesses with top class Indian and international brands. He appears regularly on various business channels, giving his views on the economy and the stock markets. Many of his articles have appeared in leading business dailies. He has an insightful and unconventional way of looking at the markets and the economy.

Khagesh Chitangiya is a seasoned professional in the field of finance, with MBA from NMIMS, Mumbai. He has been working with firm resolve and commitment to help people recover their Lost & Unclaimed investment for past 7 years. He aspires to reach out all the people whose hard-earned Investment is lying unclaimed and offer a sustainable solution to their problems.

Nikhil has 11+ years of experience in Information Technology, Telecom and Education. He has worked in organisations like Airtel, TCS, Sterlite, LML, L&T in strategy, marketing and project management role. He has worked in start-ups and has been adivising startups. He has created and developed teams, processes and organisational work-ways from scratch. He has worked on automation, tech frameworks and focuses on connecting technology with customer convenience.